Anisha Singh is known for co-founding Mydala, an e-commerce platform, with the assistance of Arjun Basu and Ashish Bhatnagar in 2009. Mydala is a merchant marketing platform that helps businesses get users with almost no upfront cost. Anisha was born in a joint family in Delhi; her father is an ex-force member and runs a business, while her mother is a dentist. She studied in a boarding school. Anisha did her graduation and MBA from American University. She recently founded She Capital, an early-stage fund investing in women-led or women-centric ventures with high growth potential. Read this article to know the secret behind her success. Unlike many children, Anisha never had a childhood dream about what to do in life. No clue at all! She wasn’t even sure of what to do in life. It was one of her professors who believed that she could achieve a lot, introduced her to entrepreneurs and said her to go for an MBA. This led her to intern at an amazing company in DC that was run by a woman named Julie Holdren. The manner in which Julie was spearheading a startup of 400 people inspired Anisha. Anisha’s professional journey began as a Strategic Alliance Manager for a prominent software company in the United States. In 2004, Anisha started a company that provided digital content marketing solutions for the real estate and e-learning industry to US companies. Later, she moved to India and launched MyDala.

She also worked for the Clinton Administration in helping women entrepreneurs raise funding for innovative women-led businesses. Anisha almost spent 12 years on the East coast, mostly in Washington DC, Boston, and New York. Anisha has a thing for unusual names as evident by her first venture’s name, Kinis. Mydala comes from a Sanskrit word “dala” which means group, thus Mydala translates to ‘my group’; the idea was to provide deals to a customer in a group setting. Anisha was looking for ideas, and she once came across a Chinese get-together seeking discounts, and this trend was evolving in the United States as well. She thought giving this idea a try in the Indian market as no one had tested it yet. She then started a group buying deals site which she never knew had such tremendous potential in the Indian sector. Anisha wants to see Mydala as the de-facto provider of coupons and loyalty programs. She plans to extend her network into a big platform where every Indian would first visit Mydala for anything to be searched, be it food, shopping or anything. Mydala has made significant strides and now has a network in 196 cities with over 165,000 merchants and have over 38 million registered users. She believes it is a good time for the online coupons and discount marketing industry with a huge scope for innovation. Recently, Mydala has stepped into product listings from categories such as eatables, personal care, and household items. She assures bringing many other changes in the and adds many new features.

Anisha says that a person can learn more about oneself as an entrepreneur than any other vocation. The challenging aspect was to get people to use the new service. Anisha believes if you talk sensible, people will listen to you and things go as planned. She feels that an entrepreneur has a lot more opportunities in general. Anisha is firm on her stance that being a woman entrepreneur is not tough. After several conversations with many aspiring mompreneurs, she realized that women are held back by themselves. She thinks women, in general, hesitate to speak and tend to doubt and guess. Anisha wants women to encourage their colleagues of the same gender and achieve great heights. Anisha says her two daughters as the greatest source of motivation and considers herself to be fortunate as she married her best friend. With the support of her parents and in-laws, she stays motivated.

Anisha has been mentioned in a few books, and people interested to learn more about her journey should read them: 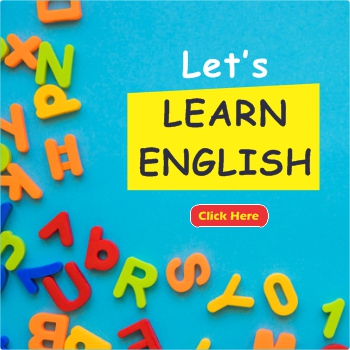